Anatomy of a Scam 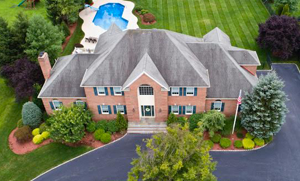 We break down a huge financial scam: the $4.5B looting of a Malaysian sovereign wealth fund, leading to the conviction of former Goldman Sachs banker Roger Ng last month.

There’s garden-variety embezzlement, and then there’s the massive scheme described this spring at the trial of Roger Ng, a Goldman Sachs banker. In April, Ng was convicted of money laundering and bribery for his role in the $4.5 billion raiding of a Malaysian sovereign wealth fund.

US prosecutors described the fraud as “one the largest financial scandals in history.” While the dollar amounts are outsize, as were the players’ over-the-top personal lives fueled by the pilfered money, the core elements of this scam are similar to others. Let’s take a look.

Typically, it’s money. In this case, staggering amounts of it.

Through his position at Goldman Sachs as the top investment banker for Malaysia, Ng raised $6.5 billion for a Malaysian development fund, but looted $4.5 billion of it through bribes to government officials and kickbacks to himself and his associates.

Usually an embezzlement scheme has an organizer, a “mastermind.” In this case, Malaysian socialite and financier Jho Low is alleged by prosecutors to have bribed government officials to win the business for Goldman while keeping more than $1.42 billion for himself. Proceeds were diverted by Low immediately after each of three Goldman bond sales using fake bank drafts.

For a scam to succeed, a person or persons within the vendor’s network—in this case, Malaysian officials accepting bribes—need to play along in return for more business.

After Low diverted the funds, more than $750 million ended up with former Malaysian prime minister Najib Razak and his family, as well as associates in Abu Dhabi. Low also spent lavishly on himself and even used a portion of the diverted funds to finance the 2013 movie, “The Wolf of Wall Street,” starring Leonardo DiCaprio.

Razak was ousted from power and later convicted on corruption charges in Malaysia but is free pending appeal. Low is currently at large.

Ng and his former boss, Tim Leissner, at the time Goldman’s Southeast Asia chairman, did most of the legwork. Leissner pled guilty and became the government’s main witness, testifying that he received more than $60 million from Low through accounts controlled by his then-wife, and sent more than $35 million of it to Ng’s wife through a shell account. Leissner said the men agreed to tell banks that the money was from a legitimate business venture between their wives.

A scheme like this usually happens when someone with a lot of influence inside a company takes advantage of special vendor relationships with little oversight. Often the perpetrator is the person doing the overseeing. In this case, Ng and Leissner were able to circumvent Goldman’s internal accounting controls and conceal their fraud from their superiors.

Ng was convicted of two counts of conspiracy to violate the Foreign Corrupt Practices Act (FCPA), and one count of conspiracy to commit money laundering. Ng and Leissner currently await sentencing; Ng faces up to 30 years.

Ng’s individual conviction follows the Goldman Sachs’ 2020 guilty plea for violation of U.S. anti-bribery laws, the first-ever guilty plea for the storied investment banking institution. In restitution, the firm paid in excess of $5 billion in fines globally, including $2.9 billion to the U.S. government.

Individuals can be tempted by a lot of money and not enough controls. If you’d like to discuss a case or concern, contact us today for a discreet, no-cost consultation.