Unraveling the truth behind false confessions 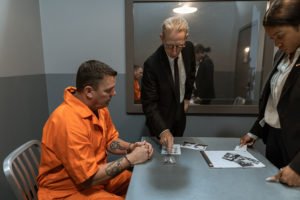 False confessions are unsettlingly common. What’s harder is going back to the facts of the case to find out what really happened.

“Alarm bells should go off when [you] see a confession case,” says Saul Kassin, psychologist and interrogation expert. As the criminal justice system comes to grips with the systemic issues that cause false confessions, many people already in prison wait as their appeals slowly churn through the system. During this time, private intelligence work can bring important evidence to light that can unlock new possibilities for those wrongly convicted.

“Confessions have always been the ‘gold standard’ indicator of guilt,” wrote journalist Douglas Starr in a 2019 analysis of false confessions for Science magazine.(1)

And yet according to the California Innocence Project, more than one-fourth of those exonerated for homicide in the U.S. gave false confessions. That number jumps to 81 percent when the accused was mentally ill or intellectually disabled.(2)

“It’s really easy to get false confessions,” says Waterfront Intelligence founder Bruce Gerstman. “It baffles so many people. But criminal defense attorneys will say it actually happens regularly for a variety of reasons.”

According to the California Innocence Project, false confessions result from the way an interrogation was conducted. Youth, mental illness and intellectual disability place people at greater risk of admitting to something they didn’t do, and the longer an interrogation goes on, the more likely it is to happen. In a study of wrongful conviction cases the organization studied, 84% happened after more than 6 hours of questioning.(4)

“Confessions that look real can actually be false, even if they’re corroborated by informants and forensic science,” says Kassin. The introduction of DNA evidence and famous cases like the Central Park Five have made the scale of the problem urgently clear.

When someone is convicted based on a false confession, we’re generally brought in on appeal. “As investigators, we can get involved in righting the wrong,” says Gerstman.

Private intelligence can review the original investigation, interview more people, look at the crime scene again, and find new evidence that raises important questions. This can include an investigation of news reports to see if case detectives have a negative pattern of pressuring people into convictions.

The process can be lengthy, says Gerstman, “because it always involves finding people to speak with us. That can be difficult because sometimes people don’t want to discuss the subject or speak to you.”

A compelling appeal case often includes expert testimony about how common false confessions are and how they happen, coupled with fresh information never brought up in the original trial that suggests that the defendant confessed for reasons other than actual guilt.

“These days,” says Gerstman, “these are only a minority of our cases, but it comes up consistently nonetheless. It’s deeply satisfying to be part of helping someone regain their freedom in these circumstances.”

For case review, please contact us for confidential, no-cost consultation to discuss how private intelligence can support your efforts. Email info@waterfrontintelligence.com or call 415-905-0462.