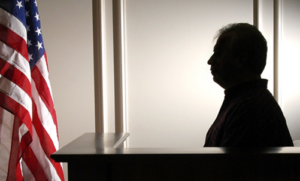 In my time spent in the courtroom as an investigator, and before that as a newspaper reporter, I’ve seen countless witnesses testify. And I’ve interviewed people who are about to serve as witnesses, to help identify any potential issues in their testimony as they prepare for trial.

I’ve watched the powerful effects of a strong witness, and the damage a bad one can inflict. When preparing your case, a combination of what I call great hard and soft characteristics will help make your witness compelling for jurors.

Get the whole story

Witness credibility can be established or undermined by hard characteristics — the facts of their lives. While the threshold is higher for expert witnesses, regular witnesses are not so different.

First, find what makes them believable. Typically, anyone with a law enforcement or military background or an Ivy League education gains an instant aura of credibility. But a good conversation with your witness can identify other facts that can build up their pedigree.

Then, look for any problems. It’s extraordinarily important to perform a due diligence investigation on as many witnesses as possible, to uncover any inconsistencies in your own witness ahead of time, as well as any information about an opposition witness that can tip the balance in your favor.

A focus on the softer side

Soft characteristics go a long way with juries. A witness who is polite and cooperative can lead jurors to truly consider the merits of an argument for the first time. Conversely, someone who comes across as rude can lead jurors to question whether they are confident in telling the truth or feel defensive for some unknown reason. Some tips:

Sometimes potential drawbacks can be fixed by coaching the witness. In other instances, they cannot.

Some potential witnesses just need a little polish. Your witness may have valuable information to share but come across as self-righteous or hostile, often due to nervousness or passion about a particular topic. In some cases, a professional trial consultant can work with that person to prepare for the questions that will be asked, helping to figure out how to articulate themselves effectively in the courtroom.

You can’t fix what you don’t know about, though. A full due diligence investigation can uncover far more information than a standard database search will reveal. An investigator’s report will document a witness’s weaknesses and behavioral tendencies — a valuable tool to prepare for trial.